Tune in Next Time 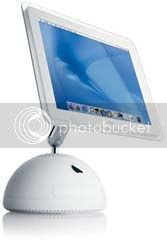 Okay, I finally snapped a few pics of the my Crazy Sudanese Neighbor's yard. I'll try to upload them and post about it before I have to turn over my computer to the Apple Care people so they work their Mac Magic on it. It's probably the logic board that's jacked up, which is expensive...grrrrrr. I looked up "logic board" on their website which describes what a logic board problem would look like:

Yeah, I got all that stuff. I notice that it takes longer to get completely screwed up when I am using Firefox than it does when I use Internet Explorer or Safari. That's why I was hoping that it was related to some kinda' virus that I might have picked up on the one occassion when my computer may have accidentaly visited a p0rn site for like a half a second. I think my friend was using it at the time...no, really.

Unfortunately, the Mac girl said it's probably not a virus. Mac useres are too benign to write viruses (or is it Virii?). We're like a race of benevolent Yoda creatures. And even if there were a bad apple (no pun intended) among us, no one bothers to write viruses for computers with a 5% market share...what's the point.

I was hoping I could fix it with a cheap anti-virus program, but the Mac girl told me that Mac's OSX operating system is Unix based and virturally indestructable. She said it's most likely going to be the logic board and it's going to be $150 an hour for the labor and about $400 for the part.

I should mention that I would rather dress up like Mickey Mouse and get kicked in the nuts HARD than pay $550 just to get my computer working the way it's supposed to work in the first place, but I digress. 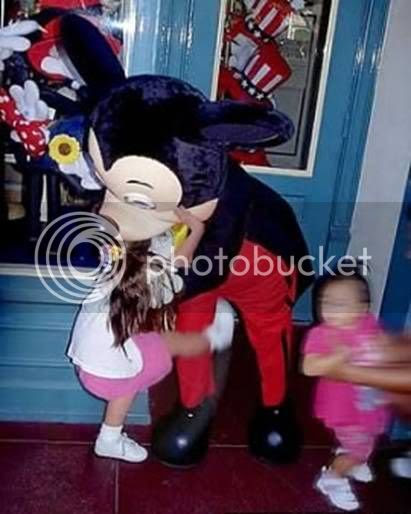 In case you can't picture that, this is how much I hate to give them $550 just to get my computer working again.

I'll also post about what (little) work I did this weekend about how jacked up the Feng Shui is at my place. Who knew? See y'all soon.

Posted by HomeImprovementNinja at 12:30 AM

$550 to fix your Mac. Nobodies ever paid that much to get me fixed and I'm actually worth it. Go figure.

I feel your nuts-getting-kicked pain. The problem with macs is that while the software is a Perfect Creation of God, the hardware is made by the devil. I had my last iBook repaired so many times they finally had to give me a brand new one. (I had the logic board, video card, two hard drives, and the fan replaced. When the logic board blew the second time, that's when I demanded and received a new one.)

You asked in an earlier post, and maybe you've figured it out, but the "logic board" is the fancy name mac gives its motherboards. They're the brain/nervous system of the computer - it connects the whole thing and makes it move, basically. Good luck.

Oh I love my Yoda-Macintosh. It's so cute, it works so well. I thought it was somehow immune to all pernicious influences. Wonder if it's too late to buy the Apple Care package?

Thanks for the comments. I didn't know that logic board = mother board. I guess that it makes sense now.

I was thinking of getting a laptop instead of buying another iMac, but after hearing about your issues, I don't know if that's such a good idea.