Hey All...a few of my artist friends are doing an art show for charity at Busyboys and Poets on November 11th. Object will also be playing there for free. Please check it out, buy some art and support a worthwhile charity. 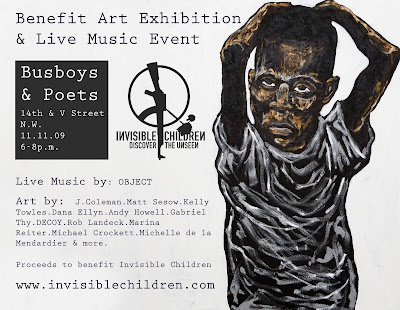 Posted by HomeImprovementNinja at 4:27 PM No comments: 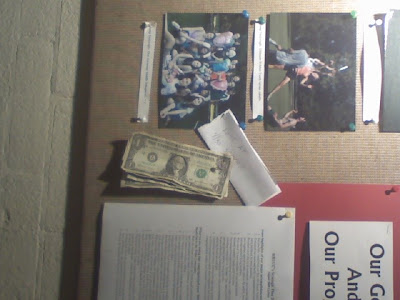 I saw this at the place I do meditation sometimes in Bethesda. Apparently, someone dropped some money and the person who found it (rather than keeping it) put it on the bulletin board announcing where they found it so the owner could presumably reclaim it.

Since money naturally draws people's attention, I saw dozens of people look at the board and read the sign as they walked by. Anyone could have claimed the money and no one would have known it wasn't theirs, but no one did.

I am sure that buddhists have jobs and mortgages, just like everyone else, but none of them took the money for the simple reason that it belonged to someone else (or possibly they were born catholic and would feel guilty about it till the day they died and would burn in hell forever for doing it...Hi Father Caputo!). I remember once I was at a bar and a bartender gave me change for a twenty, even though I paid with a ten. When I returned it to her, another patron (in a douchebag shirt) said to me "if that was me, I would've kept it". I took one look at that ridiculous affliction t shirt and I knew that he would've. But even if noone else would know, I would. And I guess that makes a difference. It starts little by little and if you act like a low life in small things, then you'll do it with bigger things, and eventually you have a wardrobe full of skull tees, a faux hawk with a head full of blonde highlights, a drawer full of steroids and you're on Tool Academy and you wonder how you got there...
Posted by HomeImprovementNinja at 2:00 PM 10 comments: