I Got Flooring Up the Ying Yang

Here are the pics of the top floor that I've been promising for a while. It took way longer than it should because the contractor that I fired (The Plumbing Monkey) really screwed up the floor. He pulled up a the 1" thick planks in the hall and laid down plywood that was only 1/2" thick. He also didn't level the floor enough. I didn't want to pay him to re-do it because the odds of him being able to fix something that he already screwed up once before are probably not good. So this I fixed with my brother when he came down for Xmass. 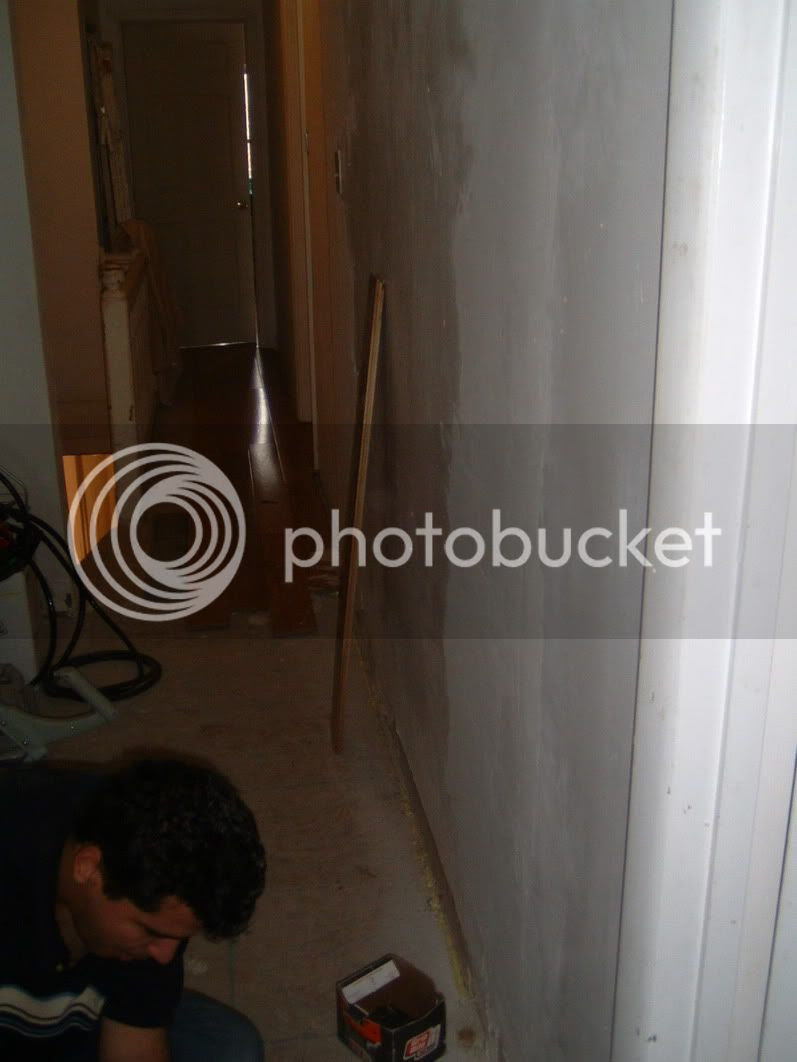 Well, from this first pic, you can see how far along I was with the flooring on the top floor. The flooring I used here and in one of the bedrooms is a 5" wide white oak floor that I got on clearance for $3 a square foot (the much thinner floor that I used in the rest of the house was $3.50 a square foot. I would've liked to have used these wide planks everywhere 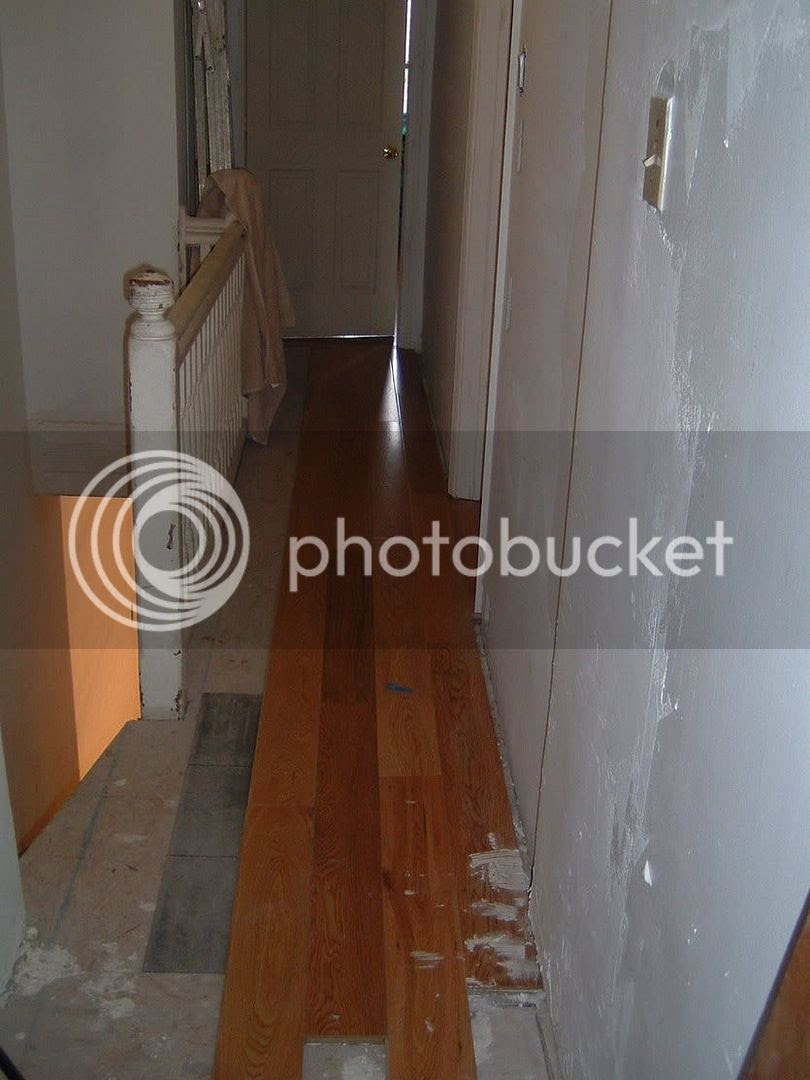 Here is a decent intermediate shot. I stopped about here to fix some sponginess in the subfloor. 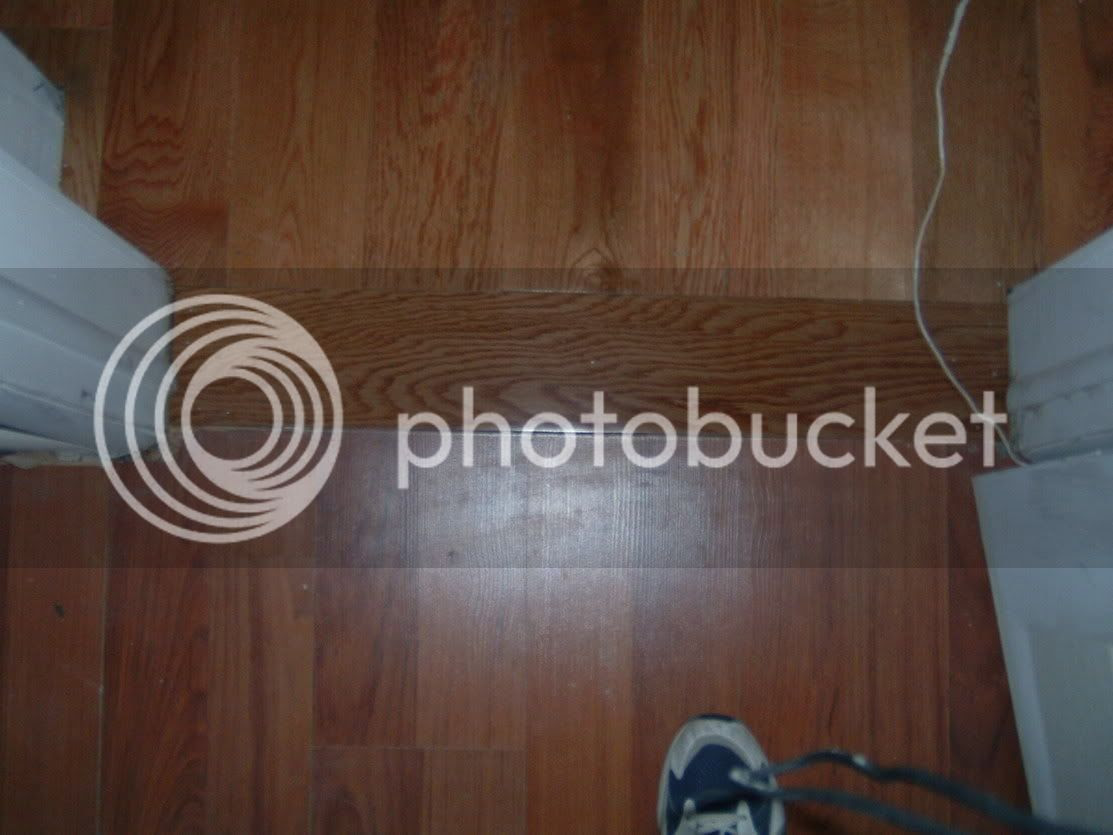 This is the transition to the floor of the only bedroom where I laid pergo instead of real hardwood. I used pergo there because I wanted at least one finished room to live in while I worked on the rest of the house. 3 things:


Posted by HomeImprovementNinja at 4:43 AM

Great job man! You are for sure the King Ninja of leveling and installing flooring. Love the idea of using shingles to level. I have had to do some flooring work in my house but not to the extent of yours. I have experienced the nightmare of working on radiators and plumbing tho.

Hope you don't mind me commenting, but I had to say your floor looks great! My hubs and I will attempting this at some point down the road in our home, so it's a nice reference.

Thanks for the compliments. I'll try to post some finished pics of the flooring in the bedrooms and talk about where I made mistakes...errr, I mean improvisations.

Well done, I can only imagine how hard it is to put flooring in. I imagine it's hard, because the house we just moved into (a rental, thank goodness) has flooring that's so tilted I get a little seasick if I stay in one place in a room too long. We had a small plumbing accident a few weeks ago and the plumber kept saying as he moved around the kitchen, with animated hand gestures, "Whoaaa! Whoa! I'm slipping down the floor! Ho ho!" Everyone's a comedian.

Yep, great job. Nothing left from the old crap which I saw in the first pictures. It's so good, the only thing is needs it some crazy fancy closet organizer to send it in the luxury listings ;)