Here's the MacGuyver Kitchen story I've been promising to you imaginary internet people. Complete with pics.

Does anyone remember that quintessentially '80s show, Macguyver? He was the guy who could fix anything, but only using the most-ridiculously inappropriate improvised parts and tools. He could make a bazooka out of a car muffler, some gas and a dirty rag and use it to stop evil-doeers that make Al Qaada look like boy scouts. (I'm not making this up, this was an actual episode).

Since the show was cancelled, someone had to pick up MacGuyver's slack. And recently it was my Dad. I mentioned that he, my brother and some other members of the ninja clan came up from Florida (the place old ninjas go to retire) for Christmas. Well, there is no kitchen at my place. I mean there is a stove and fridge, but everything else was ripped out (including the floor) during renovations. The floor was put back, but the cabinets, sink and dishwasher were not so lucky.


I was content to just eat out everyday while they were over (my treat). Having me pay for a restaurant for nine people every day for a week, however, seemed inconceivable to my old man. I think he still sees me as the kid who helped him on construction sites for $5 an hour. Maybe he doesn't realize how overpaid derivatives lawyers are compared other people who shuffle paper around aimlessly. I told him that it was no big deal. I had been without a kitchen for 9 months. This puzzled the old ninja even more.

Dad: How can you live for 9 months without a Kitchen?

Ninja: Eh...I just eat at restaurants or get takeout.

Dad: You've been eating at restaurants or getting takeout every day for 9 months?


Maybe he doesn't like to eat out? Maybe he thinks it's a waste of money. Whatever. The point was that he wasn't having it. This would not do. A stove must be connected and a sink installed. We would have a traditional Christmas dinner cooked on a stove using traditional recipes from the ninja ancestral homeland and that was that. Herb encrusted chicken from Whole Foods would not do. Overpriced tapas at Zatinya was for tourists. 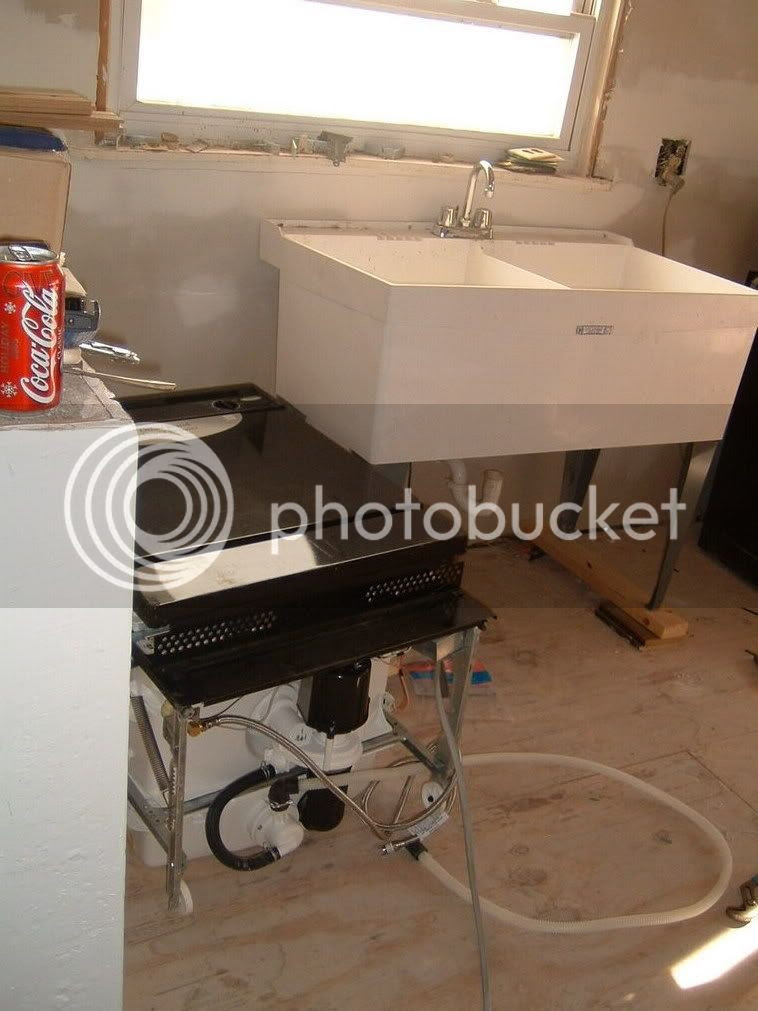 So he gets to work rigging up a sink. He used an old laundry tub that I had disconnected from the basement to make more room so I could I turn the half bath into a full bath. The he connects the diswasher to the sink using a combination of actual plumbing fittings, duct tape, electrical tape and wires made by stripping romex cables. The scary thing is that it actually works perfectly. 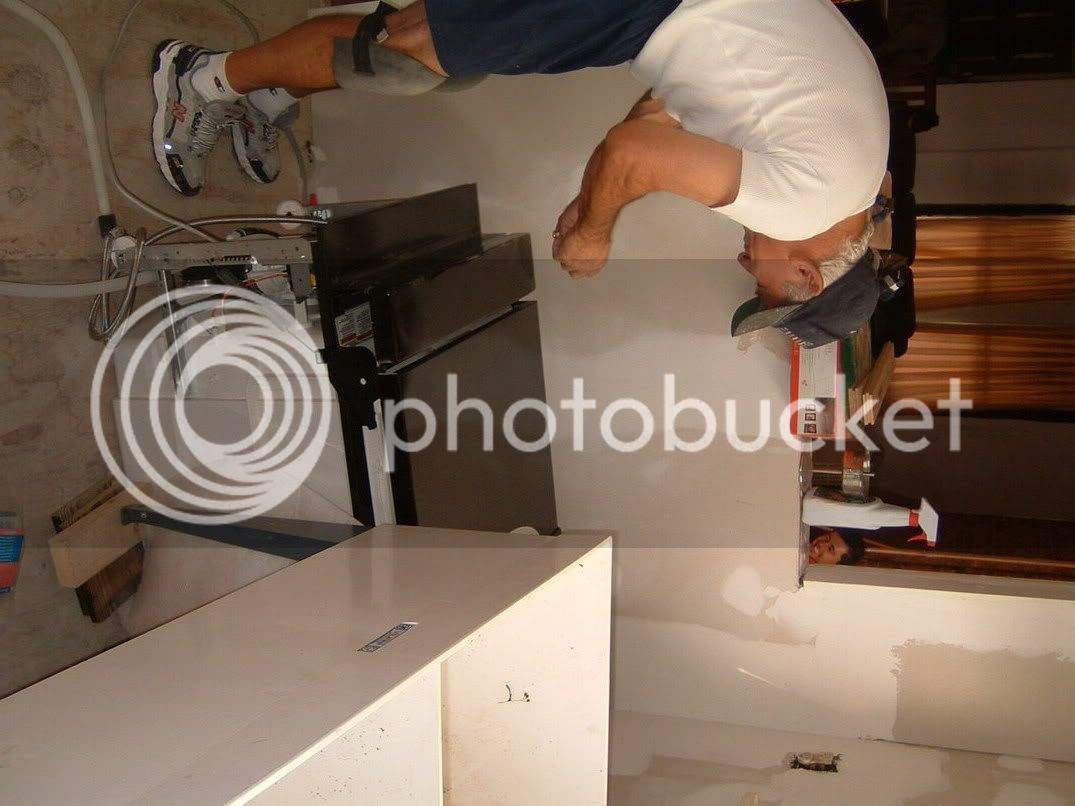 I wish I could say that I haven't worked on the kitchen because he did such a good job on it that I have been complacent. But really, I have just been lazy. But enough is enough. I am converting the MacGuyver Kitchen into a real kitchen soon. MacGuyver Kitchen, your days are numbersed. I'm starting with the floor. The kitchen is about 100 square feet and somebody who shall remain me somehow overestimated the flooring for the living room and bedroom and I got 3.5 boxes (about 70 square feet) of hardwood flooring leftover. So guess what's going in the kitchen? If you guessed hardwood, you are correct.

I'll start measuring and laying out this weekend and call the people at the lumber place to get an extra box of the stuff (they still owe me money because I never got the transitions that I paid for when they delivered the stuff).

So anyway, I'll try to post some pics as I progress because I know how much everyone loves hard wood.

Update: someone snuck in and dropped my digital camera when I was looking. It happened when I was carrying some stuff into the MacGuyver kitchen. I didn't see anyone, so whoever did it has some mad stealth skillz! Now it's not working. So I gotta get another one. But I think there are a couple of pics that I downloaded before it was taken out by a shadow warrior.
Posted by HomeImprovementNinja at 5:11 AM

Good post. That sure is a big ole utility sink.

So after combining plumbing fittings, duct tape, electrical tape and wires, what can you do with that dishwasher? Watch TV? Burn CDs? Enrich uranium?

Damn stealth ninjas that broke your camera, I was curious to see more of the MacGuyver kitchen. Maybe you could use the dishwasher to take some pics...

McGuyver rules. Do you remember the episode where he made a functioning airplane out of an old fan and some scrap lumber???

I have hardwood in my kitchen too, but I've always wanted that spanish looking tile (mosaic maybe?). I can't wait to see how the kitchen comes out.

brando, thanks. I'll probably give it away on craigslist when I'm done with it. It's too big for me to use.

Gui, that dishwasher has received normal usage. But in college I have used past diswashers to wash my socks if I ran out...and dried them in the microwave.

Allison, MacGuyver was the best. The A-Team was a cheap ripoff.

Liquor, I'm hoping to get the layout done and cabinets ordered soon. In the meantime, I'll probably work on the floor.

Am honestly kinda disappointed there's not much pictures on this post. I was expecting a swiss knife type of kitchen!