The One Where Starvin' Marvin Blocks My Driveway

Well, I guess that I should fill you in on the episode with the car blocking my driveway. I didn’t do it last week partly because I’m lazy and partly because I can’t even think of it without getting my blood boiling. 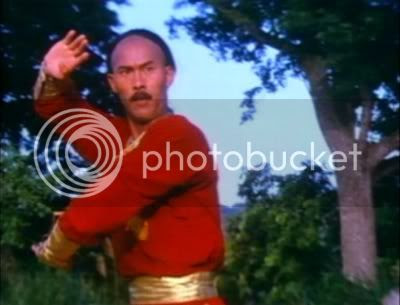 Now, if you have been reading this blog for a while, you know how sensitive/territorial I am about my driveway. despite all the yelling, there was no danger of a fist fight like there was with the Hondurans who got up in my grill. The culprit, a skinny Ethiopian who we’ll call “Starvin’ Marvin” wasn’t intimidating. I usually only fight when I lose my temper, and that usually only happens when someone bigger than me tries to intimidate or physically threaten me. I don’t think I’ve ever fought someone who was shorter than me. I’m not very tall, so I’m afraid of what the newspapers would think if I get into a fight with someone a couple of inches shorter than me.


When I was in college, majoring in Psychology, for one of my classes, we had to read a book called When I Say No, I Feel Guilty. I can honestly say I got next to nothing out of this book. I don’t find it difficult saying to no to people, especially when they ask for something that they are not entitled to (or even when they are entitled to it). As a Catholic, my whole upbringing has been rooted in being denied things without explanation or reason….and guilt about sex. If you want to write a book to help Catholics, you should call it “When I Enjoy Myself, I Feel Guilty”. In case you’re wondering why I bring this up now. In great literature, this is known as “foreshadowing.” In mediocre blogging, it’s known as “rambling”.

I called the hardworking (HA!) members of the DC Police several times between 7am and 8pm. Each time I was assured that they would “send the next available car”. Well, I guess they were too busy ticketing jaywalkers (yes they do this), frequenting underage prostitutes (yes, they do this too) or getting arrested for assault and still collecting their salaries (yes, they do this too) to find ONE available car in a 12 hour period to give one care one ticket for being on my property.


So I decided to take matters into my own hands and go door to door and look for the guy who left his car in my driveway. I went knocking and asking everyone if they knew who’s car that was. No one fessed up to it. One of my neighbors (the one who threw a dead rat from his yard into my driveway one Sunday morning) denied it but looked guilty. So I said:

Ninja: Okay…because I’m towing it in about 15 minutes.

Ass: Huh…uh, I think it belongs to a guy on the next block. I’ll give you his address and you can tell him to move it.

I left and my blood pressure was through the roof. Just as I was about to do something stupid to his car (involving fish) I saw him: STARVIN' MARVIN'


More Tomorrow.
Posted by HomeImprovementNinja at 4:12 AM

I file this under my other gripes like neighbors who rake their leaves into my yard, shovel their snow into my already cleared space, and don't pick their stray garbage up out of the street.

I'm rooting for the fish!

ooooh... i can't wait until tomorrow.

Throw rotten fish in the back and THEN have it towed.

Cube: neighbors suck. They suck worse when it's a townhouse and even worse in a condo.

Julie: Yeah, it gets interesting tomorrow.

I'm kinda stuck on the dead rat. What?

hehehe why can't you put up signs. I live in a coldesack (i think that s how you spell it) and our house has a fence, so we put up DO NOT PARK signs. And everyone sees it - you cant miss it - bright orange letters on a black background. Do that and see what happens buddy...
:)