The Most Important Election in the 20th Century

Well, I heard about this contest for the Hottest DC Journalist. It turns out that the hottie who wrote the article in the Washington Post about me has been nominated. She got taken to task by Wonkette for soliciting votes by email, but I don’t really see any difference between that and the way politicians work the phones before an election. You can vote here.

In case you’re wondering which candidate my blog will officially endorse, let me say that cronyism has no part on my blog. Although Courtney wrote a Pulitzer worthy article about my blog and ninja fortress, I don’t think it’s fair to the others to let my tens of readers affect the outcome of a democratic election based on my personal feelings. Therefore we shall be completely objective.

First of all, some of these journalists are indeed hot. But others are just meh. Among the hotties there were a few standouts. Like this one. 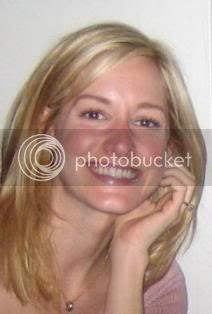 Hilary Lefebre, from Nightline. This is the kind of girl you would take home to mom, even though you would have no idea how to prounounce her last name once you got her there.

Marry Me! Marry me, now!

In the end though, I believe that an election as important as this should be decided solely on the merits. And by “merits” I mean the girl who allowed herself to photographed in the sluttiest pose. In which I think we have a winner. 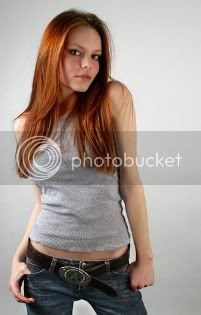 Honorable Mention to Liz Gorman. Why did Catholic's make impure thoughts a sin? Damn you, Catholic guilt!!!
Posted by HomeImprovementNinja at 2:17 AM

I am sure glad I am no longer catholic. Impure thoughts are abound!

But I think it's unfair how this election is conducted. Forget the sluttiest pose: some of these pictures are of a very low quality. Although, I agree with your choice. Ninja Lefebre. Wedding in Louisiana?

Okay, being a journalist, I have strong opinions on this topic!
May I first say, thanks for bringing this up because limiting my exposure to it to JUST FishBowl DC was irking me.
First off, GO YLAN Q. MUI!! She's so clearly the hottest of the hot off airs, it's not even funny. Those eyes. That long dark hair, that strong chin, that sense of smile.
Liz Gorman's got it going on, but she looks a little rough and tumble for me.
The rest of the off-air ladies are kind of skag-ish, the on-airs look like Stepford Wives, and all the dudes are average.
That's all I have to say.
You da man.

Wow, the girl I voted for (en Yuille) is actually winning. And you can't even see her chest in the picture. Come to think of it: Why did I vote for her again?

But none of these girls look like Judy Greer....?

And isn't it the 21st Century? Or is this election a throwback to the pre-suffrage years? ;-)

why are the off air women better looking than the on air ones? Obviously, a man is not in charge ..I would like to volunteer for the job. I will accept 'personal favors'. That Hilary ....hot as Georgia asphalt

rain: Yeah, I hope she'll read this and find it flattering...or at the very least, non-creepy.

twoste: Liz has got a fiona apple thang going on. Sultry. She also looks a little like what Avril Levigne would look like if she wasn't an a55hole.

belligerent one: Yeah, let's only vote for provocative pics, so that next year these women know what it takes to be a winner.

anon: I noticed that too. Rosie O'donnell is winning the on-air portion, but she would be middle of the pack in this heat.

At least in my world.