Okay, this Part 3 of the Florida Trip. I didn't feel like finishing it, but since I left off in the middle of the story, if I don't finish it people will see me in the street and say "hey, you said you were in florida...you lied. Now I can't believe anything I read on your blog...and a little piece of my innocence died just now". Since that would be awkward for both of us, here's some more of the story.

If you haven't read Part 1 and Part 2, you should before you go any further...or farther. Or whatever. Reading this without reading the first two parts would be like watching Return of the Jedi without first seeing Star Wars and Empire Strikes Back. Or like watching The Good, The Bad, and the Ugly without first seeing A Fistfull of Dollars and For a Few Dollars More. I mean, the whole Man With No Name Trilogy is a cheap ripoff of Kurasawa's Yojimbo but that is a post for another day.

Well, first you should know something about my sibling rivalry with my brother. I've alluded to it before. Because we were so close in age (almost Irish Twins), I was always frustrated that he was better at everything than I was. We fought all the time, but he would always beat the crap out of me. My brother is average sized, but he's freakishly strong and has beaten up a few muggers that were dumb enough to try to mug him. After he knocks them down and starts stomping on their testicles, they usually decide to let him keep his money. So, for him, beating me into submission was no big deal. It was something that he did when he got tired of watching A-Team re-runs on TV. Besides beating me up all the time, he always did every other thing known to man better than me.

For instance, for a while I thought I was better guitar player than my brother. I took lessons for a long time and can actually play Classical Guitar, which almost nobody can do. Since he wanted to make sure that nothing gave me a sense of accomplishment, he bought a guitar and taught himself to play. At first I laughed at him, but I'll leave you to guess which of us was in a band that got played on college radio. (fcukers!).

When my brother wasn't busy fist fighting Coney Island muggers or being my father's favorite, he was...wait for it...a Mathlete. Since I work with derivatives, I'm okay at math. But my brother is the kind of person who thinks things like this are funny: 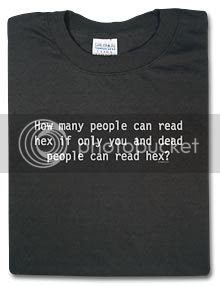 I'm good enough at math to understand the "joke" once you explain it to me, but when I do the math, the answer I get is 51*. My brother says the answer is 57006. After he explains it a few times I just nod my head and pretend to know what he's talking about. "Ohhhh, base string [thingies]...I see now."


For all my brother's ways of making me feel inferior, there is one area where I think I got him beat hands down: my command of the english language. This is why I think I'm a better lawyer than he would be. Despite all his math skillz, his musical talent, his ability to toss bags of cement around like they are pillows, and fighting skillz, rhetorical devices like metaphors and hypotheticals are completely alien to him. They are like some exotic garnish on a spicy ethnic dish that he would never eat.

What's the point of this? Well, I was worried about putting the house we were buying in my name. As a former mergers & acquisitions lawyer I am trained to be risk averse and constantly think about everything that can possibly go wrong. When I told him I was worried about the liability and tried to explain it to him, it was like trying to explain to a cabbie why the plural of mouse is mice but the plural of house isn't hice.

Ninja: What if someone slips on a banana peel in the driveway, it's me they are going to sue!

Brother: What the fcuk are you talking about? Why would someone be eating bananas in your driveway!?

Dad: What are you two fighting about!? Stop fighting!! Why can't you two ever get along?

Brother: Me!!? He's freaking out about people eating fcuking bananas in his driveway?

Dad: He doesn't have to eat bananas if he doesn't want to! Leave him alone!!

Dad: Just calm down. Forget the bananas. If you're hungry, I'll order pizza.

This is the part in the last post where I said before that I ate a pizza despite my lactose intolerance to prevent family discord. Abdominal cramps and farting are a small price to pay to avoid continuing this conversation.

By the way, my family has never believed I was lactose intolerant. They think I'm making it up because if they aren't lactose intolerant than I couldn't possibly be. My brother also thought my nephew didn't have appendicitis. He thought the kid had a stomach ache from eating ice cream or something (lactose intolerant?). A surgery later I think he still thinks the doctor misdiagnosed him.

So anyway, that's why I needed the iPod that I mentioned before, for the appendicitis nephew, because I'm better at getting kids to like me than he is, so I won't give up that advantage.

Fast forward to the birthday party: 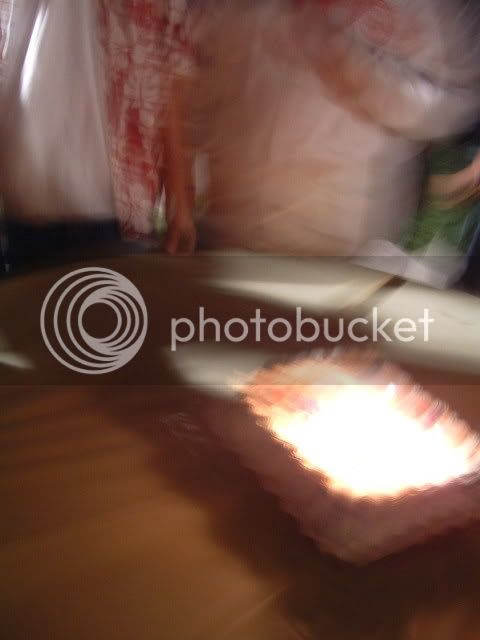 Here is a picture of a birthday cake. I think the blurry kid is my nephew. He usually doesn't look like that. 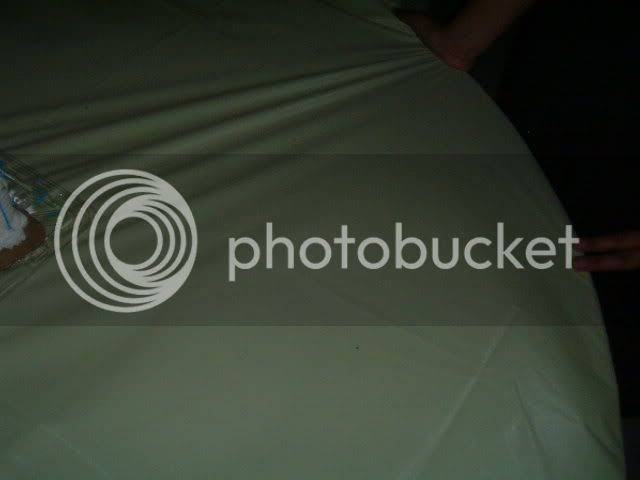 Here is a pic of a tablecloth. I don't know who took this pic with my camera, but it might have some hidden meaning. I won't delete this pic until after I read the DaVinci code. Ya' never know. This could crack that Holy Grail mystery wide open, bitchez! 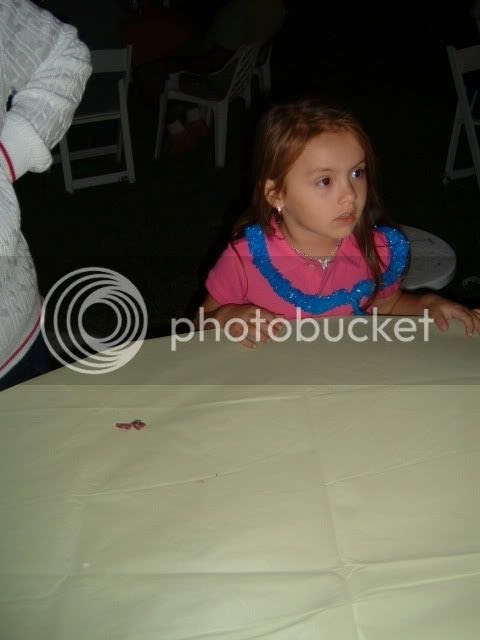 This is a cute kid at the party. My sister got mad that I petted her head. She said "don't pet her head. She's not a puppy! That's very condescending!". The kid didn't seem to mind. I think she likes puppies and I'm pretty sure she doesn't know what condescending means. To be fair, I didn't know either 'till I looked it up when I wrote this post. 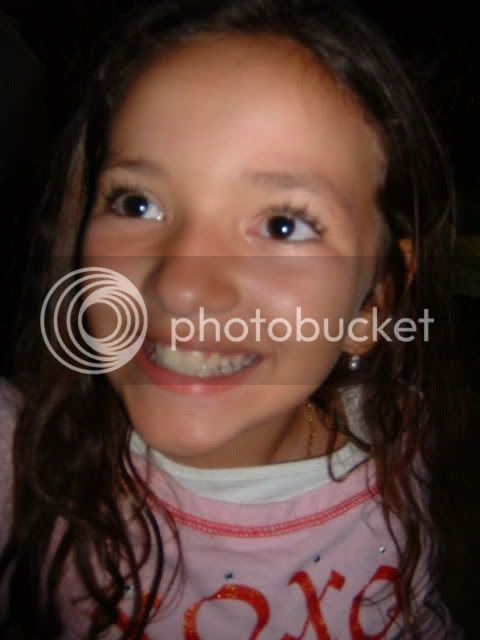 This is a pic of my niece. One day I'll have tanned kids with big eyelashes like her. 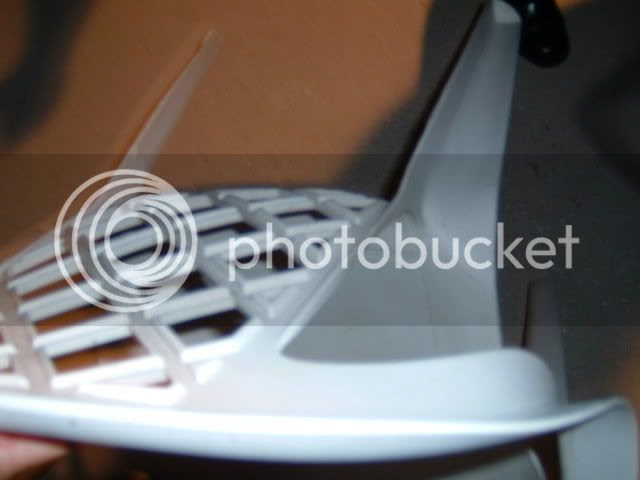 This looks like it could be a chair. Very cryptic. Child prank or government conspiracy? You be the judge!

Well, I'm getting too lazy to finish this, so there will be a Part 4 to the Florida Series Trilogy. To give you a little teaser. In Part 4 we will discuss/mock my brother some more and find out why he's got hundreds of women's shoes in his bathroom: 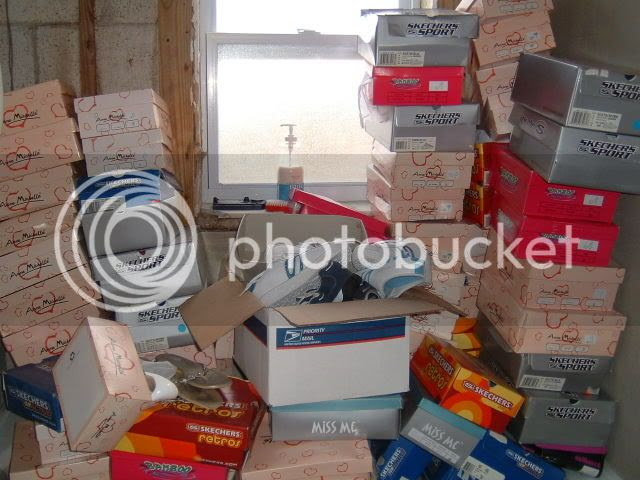 No, I'm totally serious about this.


And we'll discuss my run-in with the security monkees at the Airports in DC and West Palm Beach.
Posted by HomeImprovementNinja at 9:30 AM

Oh Math Jokes! So terrifically nerdy.
Everyone likes men who can turn a phrase. How much can one really talk about math? Believe me, I've tried.

I HATE the security monkees in West Palm!!! I have gotten yelled at on like 4 different occasions for having a purse and a carry on while carrying a shopping bag of purchases I had just made. They wouldn't let me into the boarding area until I put the newly purchased items into my carry on b/c "YOU CAN ONLY HAVE 2 BAGS MISS, YOU MUST PUT THE THIRD ONE AWAY NOW!" Didn't matter that I had planned on organizing everything after I had settled down to wait for my plane. No, no, they don't fuck around in WP.

UGH and one time they made me get in that stupid air-puffing magical are-you-a-terrorist-machine thing while I was wearing a skirt. I don't think I need to elaborate any further, but after that I got some creepy grins from some creepy guards...

MA, math is not really sexy, but derivatives are. You don't know how many times I've heard chicks say "synthetic equities makes me hot."

blondie, yeah, I had to go through the air machine too. I'll discuss it next time.

I was one of those who tried but was foiled by blogger. Harrumph.

They are like some exotic garnish on a spicy ethnic dish that he would never eat.

Lines like that and your snappy photo captions prove your mad rhetorical skillz. Don't believe that your brother is better at everything! :-)