Okay, so I kinda sorta crashed a wedding a little on Saturday. My friend, who we'll call Anthony (cuz that's his name) was in town for a wedding, so I went to pick him up to hang out afterwards. And by "afterwards" I meant I showed up before the reception was over to snag some free booze, deserts and dance with some hotties. Showing up uninvited, drinking your booze and leaving with your women is a skill that I practiced at many fraternity parties. Now I'm no Cassanova, but let's face it. Me taking women and booze away from a frat boy is like Pele taking a soccer ball away from a 9 year old. Before I get angry comments about me picking on frats, let me say for the record that I have nothing against fraternities. I think they are fine organizations...if you can get past the whole repressed homosexuality thing. It's a little too Brokeback Mountain for my tastes, but whatever floats your boat, man. "Oh Sigma Alpha Epsilon, I wish I knew how to quit you". Ewwww.

Anyway, some random facts about Anthony (aka "The Bensonhurst Kid"):
So this is basically what the conversation was like a month ago:

TBK: Are you in town on the weekend of the 6th?

Ninja: How would I know?...no...maybe...probably...unless you're coming to kick my ass, in which case I'm busy.

TBK: I'm coming down to DC for a wedding.

Ninja: Your's or somebody else's?

Anyway, I'm putting the pics on my blog to give him an excuse to read my blog. They had the wedding at the Willard Hotel in DC. (You outta' towners should know that the Willard is one of the swankiest hotels in DC, which makes it that much more awesome when you can scam free booze from a place like that). 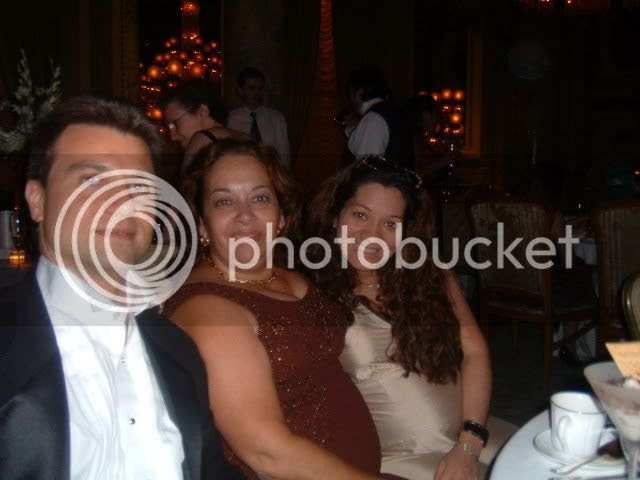 Here's a pic of Anthony, his Mother in Law, and his wife. 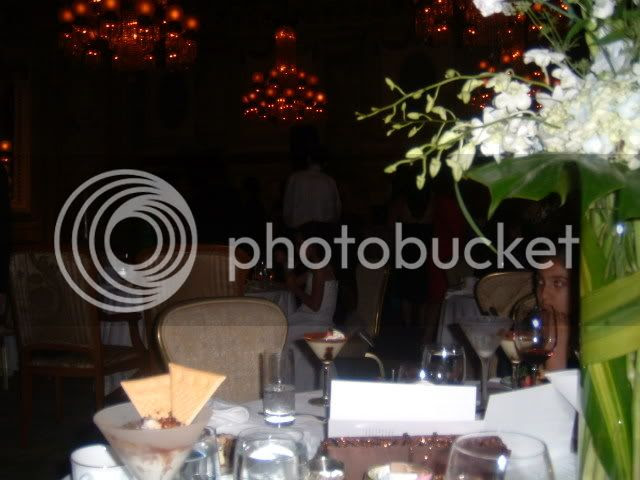 Me and the Bensonhurst Kid. I don't know why I look crazy in this picture. Maybe it's the heroin? 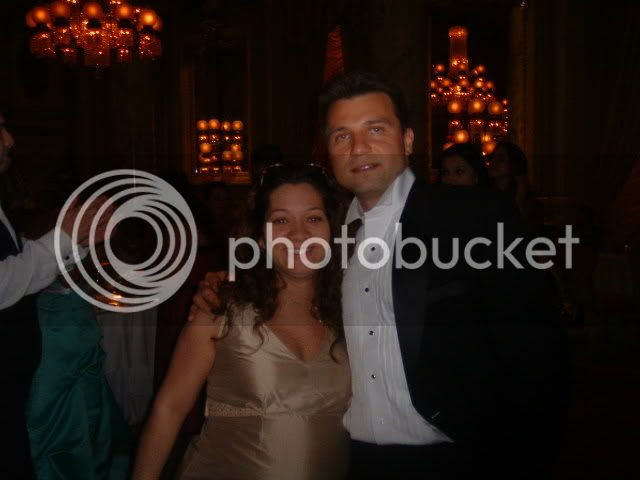 Mr. and Mrs. The Bensonhurst Kid, she's 8 months pregnant. She's half-sicilian, so TBK has learned to sleep with one eye open.

The kid's name will be Julia.

Anyway, they got to see the fortress but they couldn't hang out too long because his wife is so pregnant that standing up too long bothers her stomach. They are coming back after the baby is born though, which should be an interesting experience. I should have an actual kitchen by then.

I also got an email last week, that my old roomate from law school, Tony Twist, was having his dad and brother, Scrappy Doo, coming to visit in a few weeks. So I gotta call them and see about hanging out. It's good that that they are coming. Having visitors is an incentive to get my ass in gear with the repairs. I haven't seen them in a while though. Last time I hung out with Tony Twist and Scrappy, we ended up fist-fighting with rednecks in a Jack-in-the-box drivethrough on the night before TT's wedding. There were police involved and we were almost arrested. It's a long story that has nothing to do with home improvement, ninjas or anarcho-capitalism, but if anyone wants to hear it, I'll post about it separately.

Anyway, I hope everyone else had a nice weekend.
Posted by HomeImprovementNinja at 12:31 PM

He made her an offer she couldn't refuse.

jm, I usually don't put up pics of myself because vanity is one of the seven deadly sins, and I'm in enough trouble as it is.

brando, it was a nice party. Most of the hotties were there with their husbands/boyfriends, but free booze is always good. My way of sticking it to the man.

twoste, either that or vice versa. You never can tell with the sicilians.

Sounds like fun and scamming free booze and broads from the Willard IS quite a feat. Very impressive!!

Looks like you were practicing the Sicilian "one eye open for booze" technique! Looks like it was lots of fun... nothing tastier than free booze! (btw - I need some home improvement lessons... I hate home depot)

KlassyK, I've scammed booze from the Jefferson, the Hotel Washington and the Ritz in NYC. Plus, my office bldg has a sweet atrium that they rent out for private parties and weddings. SOmetimes I'll throw on a tie and go down for a few before Happy hour.

HA - you do look crazy in that picture! Try sticking to the pot next time...well, then maybe your eyes will be half closed instead of very open. Maybe just lay off the drugs.

Home Improvement is to be develop u.