Ugggh. Here's the dilemma. I have this neighbor who is from the Sudan. Because of where he's from, I can't help thinking that this guy is some kinda' refugee whose survived famine and genocide and ended up buying a run-down house in a gentrifying neighborhood and proceeded to systematically make his house resemble the his former homeland (i.e. a shithole). Actually, the front of his house is very presentable. The back of his place, that shares a driveway with the ninja fortress is where I have an issue with this guy. 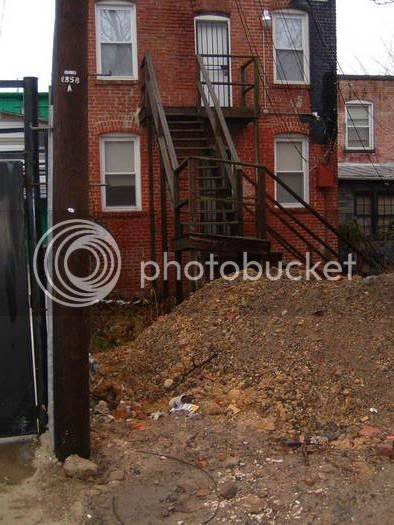 This is a pic of the back of the house. Look at the landing on the stairs. A nice stiff breeze could knock that down.

He has a bunch of sudanese people living there (like 3 or 4 to a room). Half the sudanese population of DC lives there, except for him, of course. His house has a crawlspace, not an actual basement. So he hired some contractor to dig until the 30" crawspace is 8" deep so that he can turn it into an apartment and (and use it to exploit some more of his countrymen by over-charging them on rent and threating to deport them when they complain).

So the contractor blocked part of my driveway with a dumpster, which made it harder for my dump-truck guy to get into my yard to get rid of my debris, and hired a bunch of day laborers to do the digging. Now "underpinning", where you dig below a house's foundation is dangerous because if you do it wrong, the place can collapse and you don't have a house anymore.

Besides being very dangerous, it requires people who really, really know what they are doing. Somehow I doubt such people can be found in the parking lot of Home Depot.

Here's where the problem starts:

After taking out about 5 dumpsters full of dirt, there was a couple of months of no activity whatsoever. But the dumpster was still blocking part of my driveway. I can still get around it easily, which is why I have been patient...you know, because of the genocide and everything. I later found out that Sudanese guy wasn't paying the contractor, so he stopped coming back. Well what about his dumpster? Funny you should ask. Eventually he came to pick up his dumptster and dumped all the remaining dirt right in Sudanese guy's yard. It has sat like this for months. 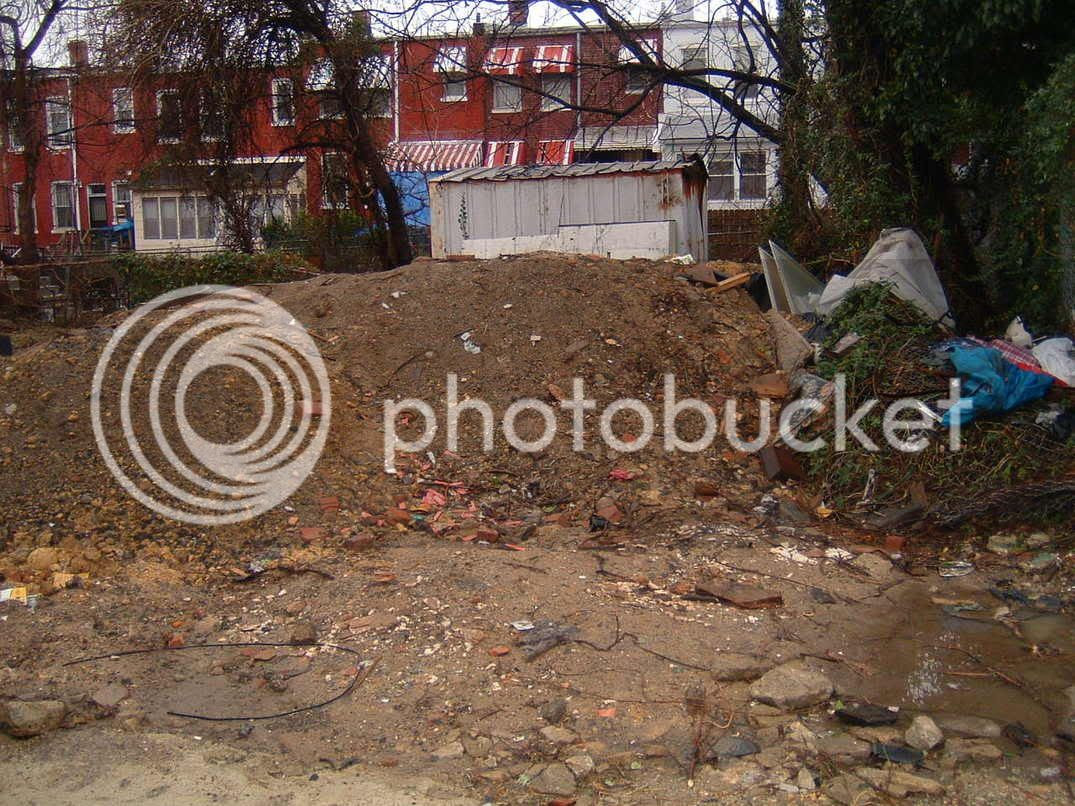 Every time I drive by that pile of dirt I get more upset. It;s hard to tell from that pic, but the dirt is like 6 feet high and twenty feet long. 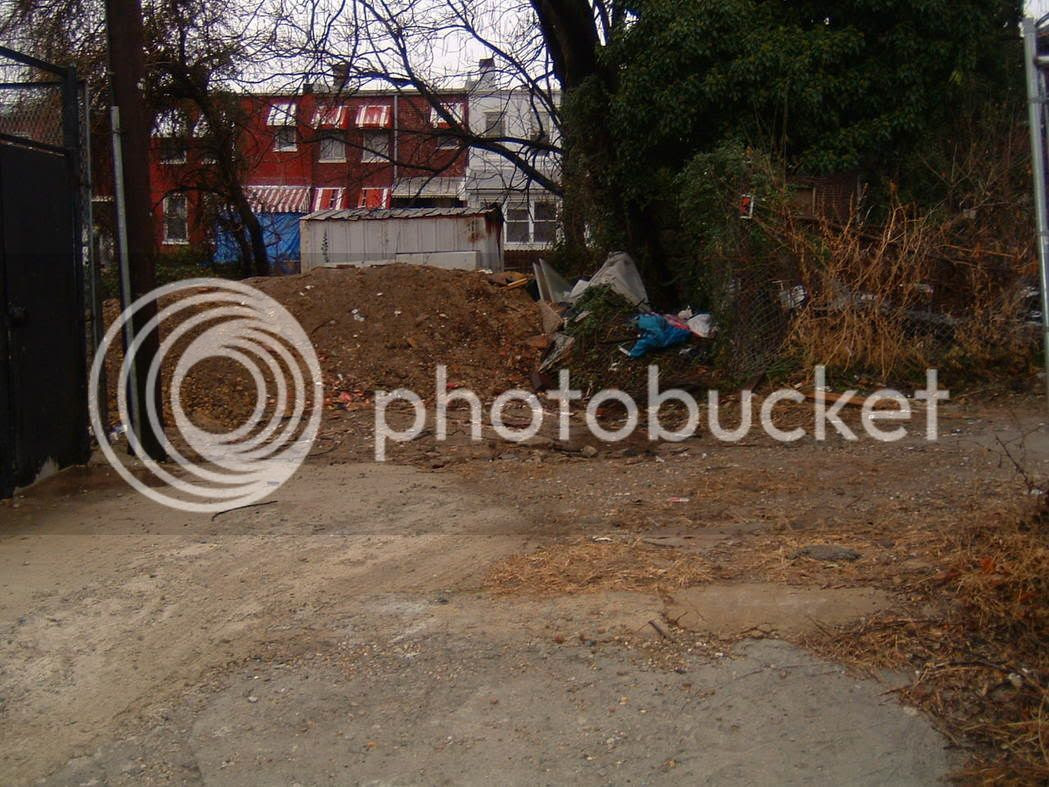 Here is what it looks like from another angle. If anyone has actually been to the Sudan, you can confirm that this is what the place looks like. 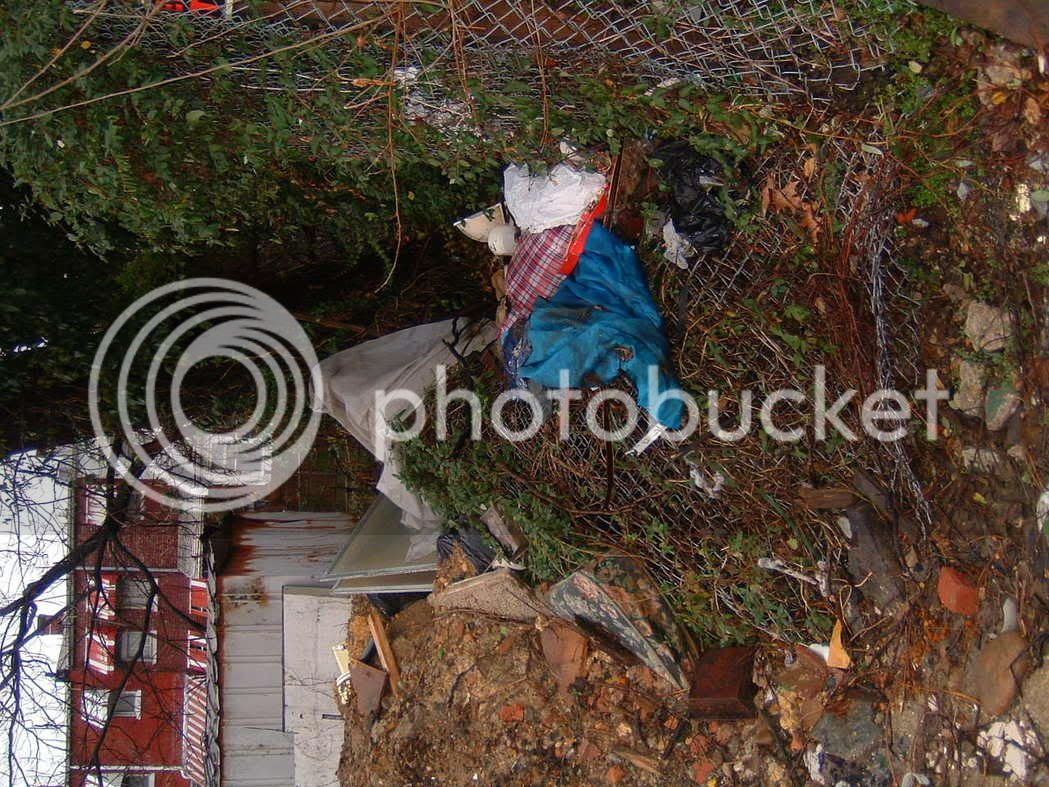 Because that a-hole has junk in his yard, other people come by in the middle of the night and throuw out other junk (like old furniture and bathtubs) instead of paying to take them to the dump.


I decided to be a little more patient since I heard that he hired a new contractor.

But the new "contractor" has been adding to the pile. I assumed that he would eventually bring in a dumpster and take it out, but I saw him taking some shower doors out from his truck (from another job, probably) and throwing it onto the pile. So now, I not only have to deal with his crap, but someone elses? I went outside in my flip flops and shorts (in the winter) and confronted these jokers. Their really lucky I didn't ninja-kick them back to El Salvador! (atucally, only one guy was from El Salvador, the other guy never said anything so I would probably ninja-kick him to New Jersey...a fate worse than death!).


[Okay, this post is getting too long...I'll post the rest of it in a day or two]
Posted by HomeImprovementNinja at 11:12 PM

We had a dirt pile in our driveway for about a year. Not to that extent though. You could probably call the city on them, but if you're doing stuff on the down low, then it's probably not a good idea.

Here's an idea. Work on your place and put all of your junk/trash/building refuse in his dumpster!!!!

I live in a regular city, not a deed-restricted subdivision where strict codes are the norm, but our City Code Enforcement Dept. kicks some serious ass. That guy would have a lien on his house by now if it happened here.

You have inspired me to dedicate a post to you on my blog! You may want to read it before you go to war on the neighbor!

After an going through a (an on-going) dispute with my neighbor my only advice is to take the high-road. The law and time are on your side. Don't put yourself in a situation where the law is not on your side.

I too have neighbor problems. I have been considering arson---but I will watch your example.

derek, that's the solution I came too. I saw that it worked for greg. If I go over there again, I'll probably lose it and go ninja on his ass.


Patricia W, here's the problem with that...There is no dumpster. It's just a huge mound of dirt in his driveway.


Izzy, I live in DC. Until recently we had a mayor who smoked crack. We the police protesting because, despite being the murder capital, they were upset about being required to work nights and weekends (you know, when the murders happen). I don't expect much from this city.

Gary, thanks. I think I'll take the high road and Narc on them.

Greg, I think you're right. I wanted to talk with the guy, but if I lost my temper with the contractors, I really don't want to see that guy's face.


madman, if you are taking advice from me, then we are both in trouble.