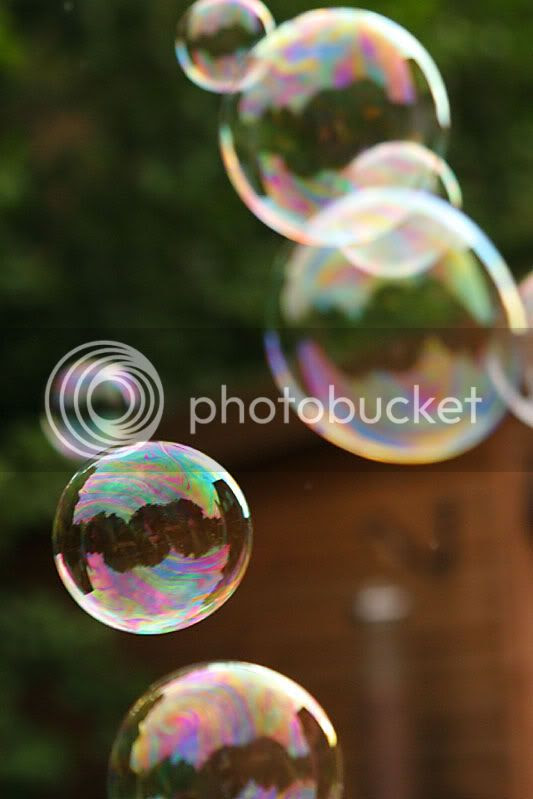 The topic of conversation everywhere you go seems to be whether or not there is a housing bubble and if prices will continue to climb or "correct" and by how much. Whenever someone tries to give me their opinion on something like this, no matter how ill-informed they are, I pretend to listen patiently, then I tell them why they are wrong, and they don't believe me. But that's okay. No-one believed Einstein at first either...and I have better hair than him.

I'll try to post a more-detailed post about the reasons why in a future post, but, yes, I do think we are in a housing bubble. Now, for the record:


Given what I have just said (which I have been saying since I sold my condo in 2003) you may wonder why I bought a house last year. Or why, I just bought another one (with my dad and brother) in Florida. Or why I also bought one with him a few years ago, after I had already been predicting a "correction".

Well, I think that because I bought a fixer-upper in an up-and-coming area of DC that I got it at a good enough price that I will still make money even if something happens to the housing market. Ditto for the house in Florida. My brother (a real-estate agent) found a house that was on a double-lot listed for, basically, a little more than the land was worth*. I bought a house with my dad in Florida a couple of years ago and despite him having to sell it because of a divorce (and overinvesting in improvements) we still did really well on it. So based on the past track record and knowing that their home-improvement skillz are way better than mine, I am pretty confident that things will turn out okay because, like in baseball, you have to wait for the good pitch and not just swing at everything you see. When I was telling people last year that they were crazy for bidding $50k over asking price, they would try to explain it to me...like I didn't understand real estate or something. Well, I understand that people who aren't on crack price things using a calculator and common sense, not your realtor's opinion, but what do I know? Or to use another analogy, you don't walk into a bar and start hitting on the first girl you see. You wait to see the one you want or wait until they are drunk enough that you become unbelievably handsome.

So I don't know what my point was with this, but I will try to post again about this (with charts and graphs) and explain it more detail when I am feeling extra geeky. I the mean time, just let me once again re-iterate who much I hate Home Depot. Everytime I swear I will never set foot there again, I do because it's way closer than Lowes or Harbor Freight, but this time I mean it...no, really!


*The agent had priced the house according to comparables on single lots in the area. If we had more time and money we would knock it down and build two houses for a lot more money, but I think it will be easier just to re-do the kitchen and turn the carport into another bedroom/bathroom to go from a 3 BR 1 BA to a 4BR 2BA, which should be worth a lot more.
Posted by HomeImprovementNinja at 2:38 AM

So tell me, is this a good time for me to sell my condo or should I wait? It's appreciated a ton since I moved in about 2.5 years ago. I'd like to sell and just sit on the money for a while. I hate condo life and I don't want to get over my head in a house. (No skillz.)

Well, as you know, the answer to any question you ask a lawyer is: it depends.

You've probably seen all the "luxury" condos they are building around here. The Post says 3x as many will be finished this year than there were last year. So it will take a while to go through that inventory, which should push down condo prices. (or at the very least, make sure they won't go up for years).

So if you bought a half-million condo in Gallery Place (where you can still see crack deals going on) then sell it. If you have one in Dupont, Bethesda, or CourtHouse, then decide if you'd rather take your profits now. Transitional places like Shaw and then Logan have to get REALLY bad in terms of crime and falling prices before Dupont gets bad, so you have a buffer between you and the urban pioneers, but I think you made most of the money you will make on your place already.

But again, this is your decision, so don't just go by my opinion. I was right about the dot-com bubble, but a lot of people were making money on it during those last two years AFTER I predicted the end.

I don't pretend to understand all of what you said here... but just give me a ring when it seems like I'll ever be able to afford a townhouse in DC with less than $10,000 down. Cuz right now, it's feeling like I'll be a renter 4-evah.

You should read the things that The Cunning Realist writes about the Fed's policy, oil, and the stock market. You and he could be good friends.

Interesting stuff, ninja. If the cause (and burst) of the bubble is due to non-housing related activity, than what do you predict the effect of ending the asian-subsidization will do to the economy in general - not just the real estate market?

nightmare, I thought you 2 owned a house? Anyway, if things keep going up, you will sell your inflated value home and buy another inflated value home. If you sell when things do down, you will lose money, but be able to buy a cheaper house. Inflated prices only benefit the government (higher property taxes on the same land).

stef, at least you can turn on a dime. If I got a job offer in say, London, tomorrow I couldn't go if I am locked into my house, especially if the markets are screwy. You are nimble!

siryn, thanks, I'll check it out.

heather, the answer is simple: recession (we don't say "depression" any more). there was a similar set of circumstances 80 years ago, except it was the US subsidizing the UKs feckless financial policies. The result was the great depression for us, and things didn't turn out too well for the brits either. Therefore I predict: Depression in CHina, and really bad Mojo for us. (chinese stop buying T-Bills, the price of T-BIlls goes down, sending interest rates higher, people have less money to spend and recession hits).

First, you are the first person I've encountered (besides my wife) who's called Greenspan a moron; thanks for providing a cogent reason for why he is a moron.

As for the houseing bubble, I have to say that it's not too much of a concern in Arkansas. One of the advantages of living in the poorest state in the Union is that economic bubbles (or even healthy, good economic conditions) don't really trickle down to us.

If I were in a more volatile housing market (east coast for example), I'd probably sell unless I was planning to live in my current home for a very long time.

The Nightmare is a duplex. We've had some serious issues with the other half of the house (I won't post about this on the blog b/c I don't want any fallout), and at some point, we'd like not to have to deal with that anymore. But we love the neighborhood and would love to buy a single family in it. Probably not going to happen though with the market as it is.