Christmas Part 1: The Legend of the Santa Ninja

At the risk of almost-certain death, I think I should tell you about the Santa Ninja, and why I hate him, then I’ll tell you about my Christmas. Many people don’t realize that Santa was actually a ninja. He was. He was half-chinese and half-japanese and his name was San-te Takahashi. San-te (which means 3 harmonies in Chinese) was a powerful ninja during the 12th century. Before he learned ninjitsu he studied Northern Eagle Claw Kung Fu for a year and a half, which made him almost invincible when he incorporated that into his ninja training. Each style was powerful, but combined, they were unbelievable. It was like taking a shark and putting a laser on it, or like taking ice cream, wrapping it in bacon, then covering it with chocolate syrup. He was so skilled that he stopped using a sword to kill his opponents (out of boredom) and would resort to using his ninja “shuko” claws to dismember an opponent. 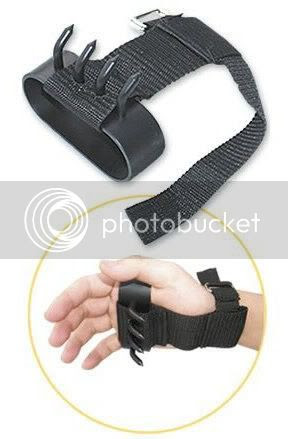 His skill with eagle claw and the ninja claws earned him a fierce reputation. He was so good with them that they bestowed upon him the nickname “claws”. To make things interesting, he also avoided shurikens and instead of the deadly ninja stars, he would throw pieces of soft coal with such force that they would be impaled into an opponents chest. San-te “claws” Takahashi, killed and killed, but although business was good, the recession made many of his clients fall behind on their bills.

The man who would eventually become Santa faced a dilemma. He needed to collect on his accounts payable, but didn’t want to alienate his customers by killing them and their families if they didn’t pay quickly. Then he devised a clever method for friendly “reminders”. He would break into his clients homes and leave them little messages of friendship and bill collection.

Thanking for hiring me to kill lord Fujimoro. It was a great pleasure to dismember him for you. I recently sent you a bill, which is now more than 30 days past due. I am sure this is an oversight on your part which you will remedy immediately. After all, since I broke into your home and placed coal in your socks and put them on your feet as you slept, instead of killing you, you must see that we are friends. And friends pay their bills. If we were not friends, I would feel no remorse in taking money from your enemies to kill you. Ha Ha Ha! I am kidding about killing you (but not really). Please pay your bill by this week.

The method of collection worked so well that he decided to use it in marketing. He began breaking into the homes of other lords and leave coal in their socks as they slept with messages like “If I was on business, you would be dead now. Ha ha ha!!! Ho ho ho!!! I am kidding, but not really. Please hire me…or die a painful death. I am looking forward to killing your enemies (or you) Love, San-te.”

Out of fear, the other lords banded together and hired evil magical forest elves to kill him. The elves cast spells and attacked him with magical toy-making tools, but Santa was too powerful. He couldn’t kill them either, though. Their magic was too powerful. Eventually, they agreed to call it a draw. Santa sat with the elves over sake and watched Geishas with them; he got them really drunk then tied them up and tortured them until they revealed their elf magic to him. He then enslaved them and made them make toys so that he could beat children to death with them if their parents did not pay. He enlisted the help of his favorite Geisha Mizuko to help him while he was away. He told her that if they became rebellious, to show them the deadly ninja shuko claws to frighten them back into submission. That’s how she got the name Mizuko “claws”, which eventually became Mrs. Claus.

Santa, armed with elf magic became so powerful that he would kill hundreds of people on the same night. The frightened lords would sleep barefoot and place their stockings by the fire because they were afraid of his coal pranks. They lit great fires in the fireplace to keep out Santa, but he was so powerful that nothing could stop him. He wore red, the color of fire to show that he was so powerful that he didn’t need to wear the ninja black robes. Then he would make noise with a sleigh pulled my magic reindeer so that people would know he was about to break into their houses, but they couldn’t stop him. He even began to overeat because killing as a fat ninja was a little more challenging. His most famous tale involves when killed an entire village on Christmas. He entered the houses completely unarmed and proceeded to kill the inhabitants using nothing but their own gifts. He used Starbucks gift cards and CDs as throwing stars and even beat a man to death using nothing but a pair of fuzzy bath slippers (although, to be fair, this took several hours). 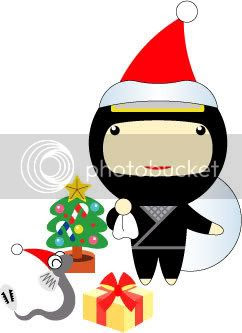 Anyway, over the years Santa’s story, recorded on the sacred ninja scrolls, made its way into a monastery that was inhabited by dyslexic monks. It was there that San-te “Claws” Takahashi became Santa Claus Takahashi, then Takahashi Santa Claus, and eventually, inexplicably “Kris Kringle, Santa Claus.”

It is not know when the west found out about Santa Claws, but they were so afraid of him that they turned him into a jolly man who gave toys to children because they were afraid that if they spoke badly of Santa that he would find them and kill them in the most disgusting way that he could think of using items he found in your house.

Santa eventually liked the stories he heard about him as a nice guy and he commanded his slave-elf army to make him toys for the children. When the first elf said “toys, Santa? You mean toys of death? Or regular toys?” Santa said “Ho ho ho” and killed him. Then the elves got to making toys and have been making them ever since. Merry Christmas.

Next time: Part Two. Santa enacts his vengeance on a 6 year old Home Improvement Ninja.
Posted by HomeImprovementNinja at 12:58 PM

This is the best Santa Claus story ever. My fav part that I was starteing to wonder about - but was answered was when you said the ninja scrolls were sent to dyslexic monks lol I lov eme some Ninja...

Where do you come up with this crap? It's bloody brilliant! It is the best San-te Claws story ever!

sailor moon: thanks. I like it when girls love them some Ninja.

e: thanks. By the way, San-Te really was a famous Kung Fu guy. http://en.wikipedia.org/wiki/San_Te

Dairy products are hard to find nowadays.
But my dear San-te did so love milk and cookies.

Absolutely fabu! That was a great story. Out goes the Night Before Christmas and in with Santa Ninja story. Looking forward to part 2.

Not so little Woman said...

Awesome!! Now I can tell my kids (whenever I have them) the real story. And since we kinda speak Japanese at home, we can spice things up!!

When I went to japan my host familys last name was Takahashi........odd