I think I'm taking a break from Blogging for a while. I’ll decide in a month or two if it will permanent. I have not been myself lately so I think I'm taking a break from blogging for a while. I don't know if it will be permanent like Liberal Banana or The Daily Dump, but I don't want to be one of those people who quits then comes back and claims that he missed you people. I won't miss you...unless you’re a hottie, in which case I will. Anyway, there is some stuff going on right now that is keeping me busy and stressed at the same time. I won’t discuss it here since it doesn’t have anything to do with home improvement, ninja news or random libertarian rants (and lately, Ninja Stock Picks ™) . So I don't feel much like blogging. Also, I am not in a very positive mood lately, and I don't want this blog to veer from moderately acerbic and sardonic to misanthropic and vengeful.


Someone asked me recently which 3 people (alive or dead) I would want to have dinner with. My 3 never change. Judy Greer, Rachel McHottie and Gerard Finneran. Who's the last one? My hero...You see, once in a while you encounter something so over the top that you can't help but admire the nerve on someone. Like the murderer who kills his parents, then asks the court for leniency because he's an orphan. You feel like you gotta' know what makes this guy tick. Gerry was such a man.


Gerard Finneran, was a powerful Wall Street type who was flying to NYC (first class, of course)when the stewardess decided that he had too much to drink and refused to serve him more. Being the take-charge kind of guy that he is, he decided to take matters into his own hands and started grabbing the little bottles off the service cart and serving himself. When the stewardess tried to stop him, he shoved her and knocked her down. Now, this blog doesn't condone boorish behavior in general, and violence against women in particular. But then Gerry did something so over the top that he completely redeemed himself. He stood on top of the beverage cart, dropped his trousers, then crapped on the beverage cart. (he also wiped his butt with the linen napkins, and wiped the "stuff" on his hands off using the seats in first class, but that's not relevant to the analogy). In case you think I'm making that up, I'm not.

See, the crapping on the beverage cart is lot like my blogging. In a way, Gerry and I do the same thing. We consume, process, then disseminate stuff in a way that is both humorous and offensive. But I don’t feel much like shitting on beverage carts for your amusement right now. In fact, if you gave me a choice between blogging and being a proctologist in a Turkish prison, I’d probably kick you in the face for giving me two such repugnant choices right now. And most of you people deserve better than that. If I wanted to expose you people to that kind of negative attitude, I'd just redirect you to Karl Rove's dating blog. 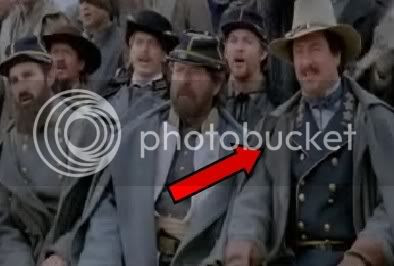 Or tell you to go to a George Allen campaign rally and ask him what he thinks of blacks and jews.


Anyway, I have a half dozen or so half-finished posts that I may post sporadically (like the one where I get my ass kicked by a swan, or the one where I talk about bacon and amsterdam hookers). My Catholic guilt prevents me from wasting things unnecessarily and I don’t think there is any other use for a half-written post about me getting my ass kicked by a swan. But I don't think I'll be devoting much time to this place at least during the next month or two (until what's going on, which I won’t talk about, will probably be resolved). Anyway, if you want to leave comments, feel free. Or if you are a hot chick who likes my writing so much that you’re dying to sleep with me, then write to me at homeimprovementninja@gmail.com...maybe after this is over I'll be back…or maybe not…See ya :)
Posted by HomeImprovementNinja at 12:08 PM

That may be the most colorful and apt blogging analogy I've heard in quite a long time.

This really does suck, Daily Dump was a trip and he left, youre an even bigger trip and youleave too... I think Ive brought a curse on my favorite bloggers!! I will miss your antics, and the amusement of reading your blog daily to read up on the new, exciting, hilarious moments n thoughts in your life. Enjoy your break, but come back soon!
sincerely, kikimia

Good luck and see you back here soon...

If you decide to kill the Ninja blog, make it a quick painless death.

Sorry I've missed all your calls. I'm currently being a lunatic. And I also, despite two showers, still smell like the grease from my motorcycle. Yum.

Nothing wrong with a vengeful and misanthropic blog, especially one as funny as yours! IMHO blogging's a harmless and effective outlet to let out your frustrations and anger.

Hope you're feeling better soon, and hope to see you back!

Well, take care. I'll put you on the hiatus list.

How sad! Now what am I going to read to distract myself at work? (Or more importantly, on days like today, when I'm at a work-sponsored conference that involves assinine team building exercises.)

I've really enjoyed your blog...maybe I'll make more progress on my dissertation now that you're on hiatus...nah.

An Irish Blessing
May the road rise up to meet you,
May the wind be ever at your back
May the sun shine warm upon your face
And the rain fall softly on your fields
And until we meet again, May God hold
you in the hollow of his hand

Best of luck to you with whatever is going on and...... Thanks for all the chuckles that you brought to my day. It was much appreciated.

An Irish Blessing
May the road rise up to meet you,
May the wind be ever at your back
May the sun shine warm upon your face
And the rain fall softly on your fields
And until we meet again, May God hold
you in the hollow of his hand

Best of luck to you with whatever is going on and...... Thanks for all the chuckles that you brought to my day. It was much appreciated.

Good luck sugar and we'll miss you around here.

Well, that just rots. I just discover a blog that I genuinely enjoy, and he has to take off for personal reasons.
Sounds like my past dating history.
Anyhoo, I hope you get things that need to be taken care of, taken care of. I hope your stocks excel, and I hope to see you back in action sooner rather than later.
Peace!

Oh MAN, I just figured out how to use the RSS feed reader and you're bailing? Where will I find intelligent blogging to read?

(Looking for the official ninja suicide sword...okay, don't have one, so just have to wait and hope you start blogging again!)

How about a hot chick who wants her software disk back? My mailbox is always open, ninja.

We all need a break sometimes. I took one last week that lasted...a week. I can't stay away, even when it becomes a drag...

actually, i don't think any self-respecting blogger can quit after dan's departure. i mean, the only reason i don't quit is because i would never in a million years get 250 people to beg me to stop.

plus, well, the hot chicks.

Interesting... I hope to see you back soon. Everyone is leaving me. (tear)

My god, how did I miss this post? I guess I'll see you when I see you. Take care.

i just started reading you blog, and now your taking a break.