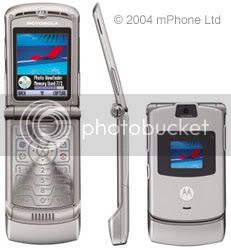 I Lost My Cell Phone This Morning. Somewhere near the Columbia Heights Metro Station. Probably on 13th Street somewhere between Irving and Harvard. On the off chance that one of the tens of people that read this blog every month finds it, please get in contact with me. My whole life was in that phone. Me without my cell is like a politician without illegal bribes or hookers. HELP!

I kept calling my phone and it would ring until I got my voicemail. After a while the calls started going straight to voicemail. Dead Battery? Was it dead in a puddle somewhere? Did some crackhead tire of my afro-cuban-salsa ringtone and turn it off? I don’t know.


So I called Verizon and they said that someone tried to use my phone at 6:30, and that wasn’t me. CRAP! Damn, you!

One of the things that’s bad about living in an up-and-coming area is that half the people are good people, but the other half are degenerates and crackheads. I was hoping that a normal person found my phone.

Well, apparently, who ever found my phone at 6 am had tired of my ringtone and tossed the phone by the metro station. When I called at 9:30 a woman answered the phone.

Renee: Yeah, I was walking to the metro and I just heard it ring and saw it on the floor.

Ninja: okay…tell me where you are, I’ll come get it right now.

So I ran downstairs, jumped in a cab and headed to the Columbia Heights metro. I looked at my watch. It was 9:43. Before 9:30 the DC cabbies are allowed to charge a “rush hour surcharge”. I HATE DC cabbies almost as much as I hate parking Nazis. They’re always trying to screw you by charging you for crossing imaginary zones or anything else they can think of. Since I was a bartender for about 5 minutes I know the importance of tipping and I usually tip EVERYONE…except cabbies that try to rip me off. I wish someone was in the car with me, because I would’ve bet $1 million dollars that he was about to overcharge me. He did. As I got out he said “no tip? we work for tips, man!”. So I said “I did tip you…I’m letting you keep the money you overcharged me…have a nice day.”

So I met her, thanked her and gave her all the money I had on me--$40. I wanted to take her pic for the website, but she laughed and said no. But if any of you see a thin black woman, named Renee in a yellow shirt today, be sure to be nice to her because she is a kick-ass good Samaritan
Posted by HomeImprovementNinja at 12:41 PM

Ugh, that's a scenario from one of my nightmares.

Shitcakes. I hope you find it!

A happy ending on a rainy Friday before a holiday weekend? How uplifting.

Oh Renee. What a wonderful woman! (I've no idea who she is, but she sounds great!)

Glad you found your phone.

Wow! It's so good to know there are some nice people left out there. Thanks Renee!

Yay to Renee! I'm glad you got your phone back.

O M f-ing G! I killed a mouse! I lost my cell phone! (It was at my daughter's pediatrician, I learned JUST this morning - the phone, not the mouse,... as far as I'm aware...) Spooky. Just plain ol' spooky, N-Man

I'm glad you got your phone back.