Last weekend, I went to the Adams Morgan Day festival with my dog who hates all other dogs (and isn't afraid of voicing her hatred) and the girl I'm dating. For those of you who don't live in DC, Adams Morgan is to DC as Greenwhich Village is NYC. Well, it's like Greenwhich Village, except smaller and lamer, but with less hipsters and more low lifes.

It was hot and tiring, but it was the only thing semi-exciting to do on a Sunday afternoon except for catching up on Netflix. Sort of like choosing between making love to your wife of 30 years or searching for random stuff on YouTube.

The day was uneventful, and the food was bland. It ended with a near confrontation between me and the moron selling fruit smoothies because she didn't want to give me a cup of ice water for the dog. It's 90 degrees out, I just bought two smoothies from you, and my dog is dying but you don't want to give me a cup of water? I hope there's a special place in hell for people like you--you bitter, petty, miserable woman.

As we were leaving the festival, I noticed a "psychic" offerring readings for $5. Normally, I don't trust gypsies, since I've been to europe and had my pocket almost picked twice by them, but I figured it would be good fun. One reason I don't trust "psychics" is that whenever I see one, like the one in Adams Morgan, I never see anyone going in, and the sign is offerring readings for $5. Since rent in downtown DC is expensive, and they don't have any customers, it's questionable how they can stay in business charging only $5. I figured there must be a way that they screw you, like telling you someone put a curse on you and them offerring to take it off for an extra fee. Or maybe they just pick your pocket...they are gypsies, after all. 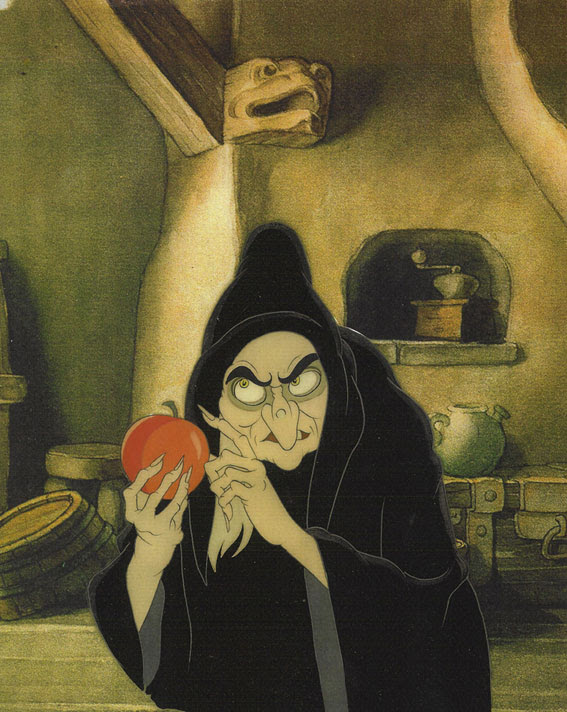 So there were three gypsies there. The youngest, who was attractive, her mother, who was not, and the grandmother, who looked like the crypt keeper. She even had the ubiquitous gypsy mole on her face with the hair growing out of it (not making any of this up or exaggerating in any way). This is reason number 50 why you should never marry a gypsy--bad aging genes.

So scam started before we even sat down. Five dollars only entitles you to two yes/no questions; if you want a palm reading, it's $15 for one palm and $25 for two, and if you want a tarot card reading it's $40. So from $5 - $40 in less than 15 seconds...that's quicker than a porsche.

So she proceeded to do a "cold reading" on my hottie. "You will live to be 85 and have a wonderful life!...Watch for a happy surprise next week!" Blah, blah blah. I could hardly contain my laughter for two reasons.

1) I doubt anyone's palm is so detailed that you can pick out something as precise as what's going to happen next week;

2) I know how to read palms and tarot cards, so I knew she was full of sh1t.

I learned from my black-sheep uncle who ran away from home when he was 15 and lived with gypsies for while while, who taught him how to do it (and how to cheat at cards and pick pockets). He taught me to read palms and tarot cards, how to tell if cards were marked in a poker game and how to avoid pick pockets...and to not trust "psychics".

I usually don't tell people I know how to read palms and do tarot, because inevitably, they will shove their palm in my face and ask me to read it. If I met an auto mechanic at a party, I wouldn't pop the hood of my car and expect him to look at it and tell me if it's working right.
After we got home, we talked about the high-pressure upselling gypsies. I had read her palm before (because I like her) and she confirmed that I'm a better psychic than the old woman, I even dusted off my old tarot cards and did a quick reading, which I'm sure was also better than theirs...and free too.
I'm curious about whether anyone else has ever been to a "psychic" and what was your experience like.

Posted by HomeImprovementNinja at 4:33 PM

I believe they are called "Roma", not gypsies.

I had my palm read when I was 18. She said I would be happy and die one day. Awesome..thanks.

oh yes... i love to go to the fortune tellers... cause...you know...the gypsies like the blondies...so i always get a discount....once ... she offered a free aura cleansing, but i refused..cause.."i like it dirty"
she said ..BUT IT S FREE..and i had to say "but i REALLLY like it DIRTY"...lol
xoxo

"..and she confirmed that I'm a better psychic than the old woman"

So... exactly HOW did she confirm that you're a better psychic? Did you predict that she would have another drink, or did you go forward in time 20 years to see how it came out? Shirley. You can't be serious.

On the other... er.. hand, it's definitely a valid party trick. In fact I'm pretty sure that's the entire reason that non-carnies learn to do it, so they can get some laughs from their drunk friends.

You should think about having your water supply analyzed for traces of peyote. I think your usually rational brain has become seriously compromised.

Wait a minute... I live in your neighborhood...

A fortune teller in Chelsea gave me crap when I asked her for directions to a restaurant rather than availed myself of her services. As I walked away, she cursed at me and said that I would suffer a loss soon.

A couple of hours later, after a few margaritas, I took her sandwich board sign. Still got it in the basement.

I read palms, too! I don't generally mind doing it, I just have to be in the right mood and need to be asked nicely.

I only really get annoyed when I'm in a darkened bar, can barely even see my beer glass, and random people are asking me to dissect a thousand billion little tiny lines, and razzing me over everything I say. It's a FREE palm reading. Enjoy it. Don't be a dick.

Thanks. I really do feel better now.

I had a friend I once worked with who read my palm. She said I would have 3 kids (I have never had any), change paths, etc. She also read my cards and it was so on that it was almost scarry. Among many things she told me my grandmother would pass, and althought I only thought of my dads mom (my only living grandmother), my step-fathers mom(who was so like a grandma to me) passed away soon after my reading. I've wanted to find this friend again for another reading, but she found jesus and I dont even know if she does that anymore.

I am learning to read the tarot. Have been for about three years now. I say that because it's complicated, but I have met with a lot of success.
Actually, I just recently visited a tarot card reader outside of Recolote Cemetery in Buenos Aires. Some of the things he told me couldhave applied to any Tom, Dick or Harry. But then there were other things he said that were so scary and accurate that I left with chills.
Then, just for good measure, I went home and did my own reading. Same stuff that he had told me. It's good stuff though, so I'm not worried.

I use to read tarot cards and I Ching. It's been a long time but I still have my cards. I Ching was fun!

I had my palm read professionally once, when I was 17, and she was totally wrong about pretty much everything. I know how to read Tarot, and I know a little about palmistry -- enough that I used to bust them both out at parties to amuse people.

From my experiences, a lot of it is reading people -- and most of it is crap.

I know a woman who keeps a small store in MO that can to look into a plain old glass of water and tell your fortune, and read tea leaves too. She won't read palms because she doesn't like people touching her. She said she has some Rom blood in her, but she also says that a good portion of the Rom are charlatans, chasing the next big score.

While I have given her cases of soda, and once a bag of sweet corn, she usually won't take cash (she told me once if she took cash it made her "no better than a whore")

A few years ago about this time another friend and I were down visiting them, and she came home early and told her husband that she had to rest. She had been filling the candy jars at the counter, and happened to look through a glass of water that was left out and saw something that was so awful she couldn't be right, nothing could possibly be that terrible, that it was just from stress or a headache or something. She wouldn't elaborate much, only saying that something was badly amiss. I remember it so clearly, because it was September 10th, 2001.

lem: since when am i PC?

sb: everyone likes it that way ;)

Jamie: yeah, now that I have a goatee, I can be your evil twin.

Sara: okay, you can do mine, and I'll do yours when you come back.

Karen: yeah, I used to do the I CHing too. It's my favorite.

Chaz: yeah, I've heard a lot of stories like this.

Hey, will you read my palm?

Sorry, it just seemed like the most (in)appropriate question to ask. :)

Great home improvement site. I wanted to see if you'd be interested in a blogroll link exchange or article link exchange?

You can check out my home improvement site at http://www.allgaragefloorpaint.com.

Let me know if you're interested and I'll put up your link right away.